Covering the Killing of Ahmaud Arbery 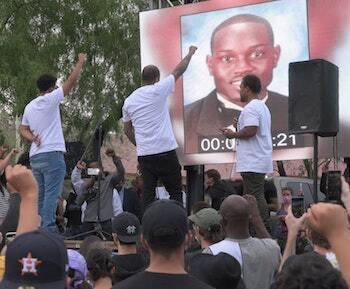 Photo by Jordan Chin on Unsplash

Although Ahmaud Arbery wasn't killed by police, the manner in which law enforcement officials have handled his case raises a number of questions about the role race may have played in his Feb. 23 death and the aftermath. The 25-year-old African American man was jogging in a coastal community in Georgia when three white men decided to attempt a citizen's arrest without having witnessed Arbery commit a crime.

Seventy-four days after his death—and two days after a video of the shooting went viral—two suspects were finally arrested.

In this episode, a local police reporter for the Brunswick News, Larry Hobbs, talks about his work to understand what happened that day. Hobbs, who has worked in community news for decades, discusses his effort to "hang on to the story" despite the scant information he uncovered in the days and weeks immediately afterward.

D.A. George Barnhill's letter articulating his view of the killing as self-defense in a citizen's arrest

Larry Hobbs's books about history of Georgia's coastal communities: Coast Tales and A Historical Crash Course on Coastal Georgia and the Golden Isles