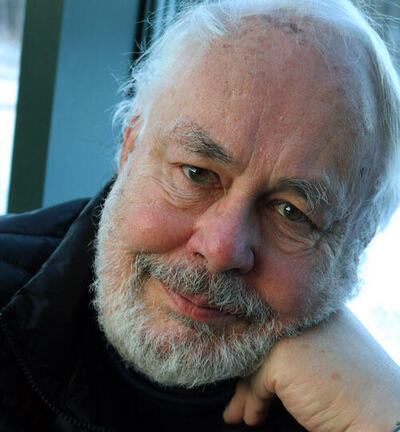 The sixth book by Charles Giuliano, Counterculture in Boston: 1968–1980s, features new interviews with journalists, authors, radio hosts, producers, and other luminaries, such as George Wein, Jon Landau, Charles Laquidara, and Dexter Gordon. It’s an invaluable oral history of the work, culture, and arts that marked one of the most tumultous periods in U.S history. The book also features several of Giuliano’s photographs from that period, as well as vintage images by other photographers.

In this episode, Giuliano talks about his work as a jazz critic, alternative press editor and reporter, and online publisher. He discusses a range of topics, including media, music, Facebook, and the cost of higher education.

Giuliano is a visual artist and art curator, and has published five books of “gonzo poetry." He coined the term “gonzo” in 1970, during a conversation with the Boston Globe’s Bill Carduso, who later passed the term to Hunter Thompson.

WBCN and the American Revolution