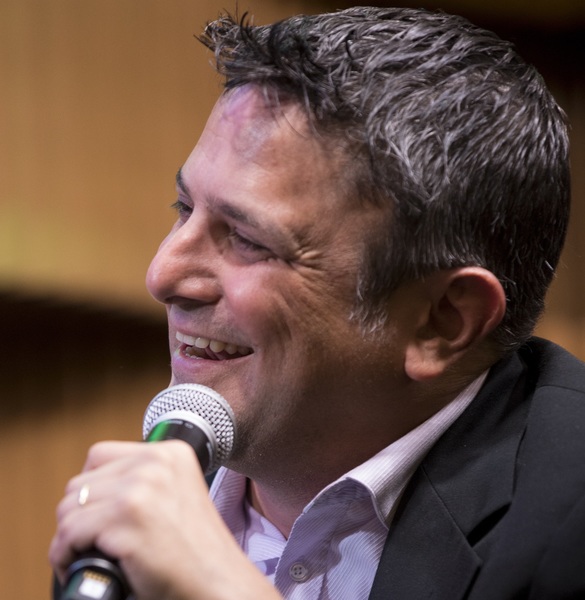 Julio Ricardo Varela began his journalism career working alongside sportswriters like Bob Ryan, Leigh Montville, and Bud Collins but returned to the field years later as a news reporter and multi-media journalist. A Puerto Rico native, Varela was an early adopter of social media platforms and remembers that period as his version of J-school. After founding LatinoRebels.com, he began working with award-winning journalist, author, and PBS host Maria Hinojosa, for Latina USA and Futuro Media. Varela and Hinojosa are also cohosts of the In the Thick podcast, which he calls the "people of color complement to Pod Save America." He has written for the Washington Post, ESPN, and The Guardian, among other outlets.

During our conversation, Varela talked about his evolution as a journalist, including such topics as sports reporting for the Boston Globe as a Harvard student (1:30); being an early adopter of Facebook and Twitter (6:45); starting the Latino Rebels news blog (10:00); the new journalism model (15:30); being acquired by Futuro Media (21:00); and a clip from the Latino USA podcast (27:00).

In the second part of the conversation Varela talks about covering the controversy around estimates of deaths relating to Hurricane Maria in Puerto Rico (1:00), challenges of being a journalist during the Trump era (15:00) media reports around the Junot Diaz sexual allegations (19:30); balancing hard news and humanity on the In the Thick podcast (25:00); and advice for the next generation of journalists (30:00).