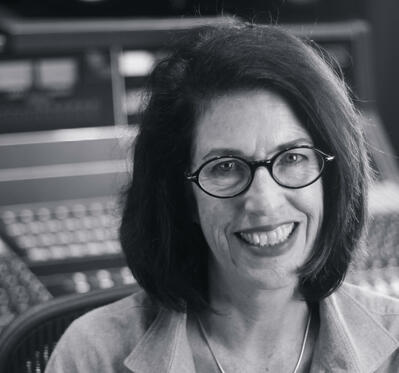 In 1978, Susan Rogers sent $1.75 in postage to the U.S. army and received a box full of electronics manuals, just because she asked. She began teaching herself audio technology from these manuals, and a few years later, found herself at a recording console, capturing the tracks that would become Prince's monumental Purple Rain album. Rogers's resourcefulness emerges, at least in part, from a wide-ranging curiosity in many things, but she's particularly obsessed with music and science.

After four-plus years with Prince, Rogers went on to work with artists such as David Byrne, Barenaked Ladies, Laurie Anderson, and the Jacksons. Those experiences, combined with her subsequent earning of a Ph.D in psychology/neurocience have helped make Rogers a powerhouse college professor and thinker. She seeks to deepen our understanding of the science and psychology of music and is helping equip the next generation to make music that endures.

On the Kitchen Sisters podcast

Profile in The Guardian