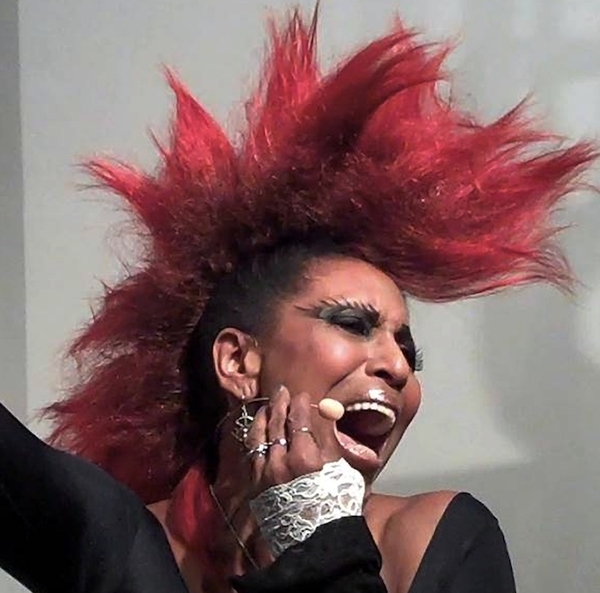 The songwriter, performer, and multifaceted artist Nona Hendryx refers to herself as a "grazer." She says this because her wide-ranging interests in music taste and technology are also characteristic of her approach to art and life in general.

Hendryx's open-minded approach comes through during this interview, as she talks about her work in music, education, radio, activism, and other spheres. She uses the term "modern pencil" to stress the importance of analog thinking in a world filled with advanced technology, and as she touches on these topics, she mentions important influences and figures such as Alan Watts, Hank Shockley, Laurie Anderson, and Shakespeare.

As a member of and songwriter for LaBelle, Hendryx captivated listeners with hit songs like "Lady Marmelade" in the 1970s. In her career, Hendryx has collaborated not only with Patti LaBelle and Sarah Dash (originally as Patti LaBelle and Bluebells), but also with artists such as David Byrne, Prince, and Keith Richards. At the same time, Hendryx has been productive in a several other fields, including theater, dance, and children's literature.

We begin the conversation by talking about the way that art and science interact and end it by talking about and listening to one of Hendryx's originals, "Temple of Heaven." (Thanks to Nona Hendryx and Righteous Babe Records for permission to use the song in this podcast.)